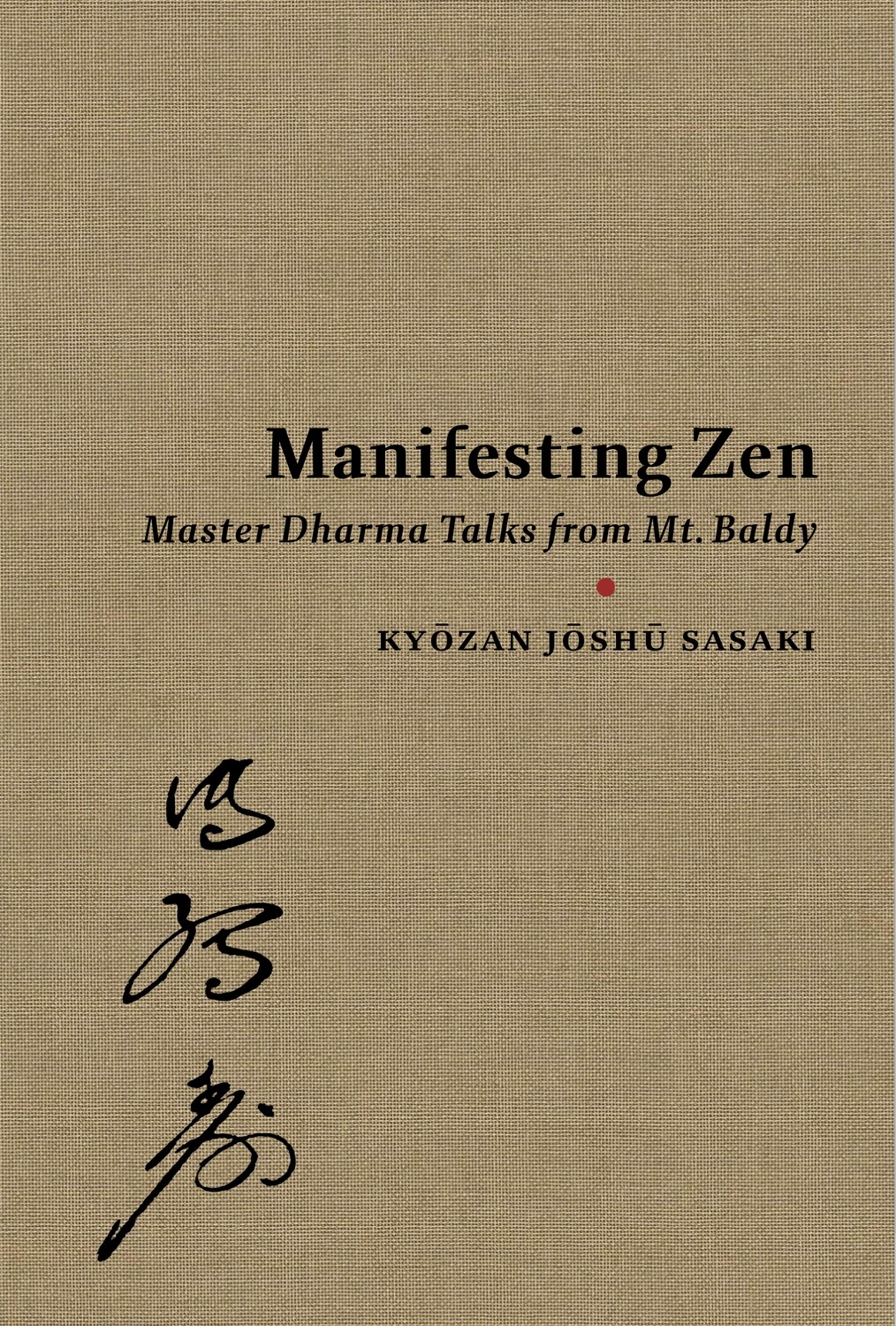 Kyōzan Jōshū Sasaki (1907–2014) brought a unique form of Rinzai Zen practice to the United States in the 1960s, establishing the Cimarron Zen Center (now Rinzai-ji Zen Center) in downtown Los Angeles in 1968, the Mt. Baldy Zen Center in 1971, and the Bodhi Mandala Zen Center in Jemez Springs, New Mexico, in 1973. He soon became recognized as one of the most innovative and influential Buddhist teachers in the West.

The depth, range, and vigor that characterize Sasaki Rōshi’s teaching style can be experienced in this collection of thirty-five teishōs, almost all of which are based on the foundational text of Rinzai Zen, the Rinzai Roku (Record of Linji). The teishō (master Dharma talk) is a unique form of teaching most commonly found in the Rinzai school of Zen. Each teishō focuses on an important passage from a classic Zen text, and is delivered during a week of intensive practice called a sesshin.

This collection of teishōs introduces many of the foundational ideas of Sasaki Rōshi’s Zen teaching, with its clear vision of the dynamic processes through which each of us manifests our realms of experience from moment to moment. With copious notes, a clear introduction, and a detailed index, Manifesting Zen will be a useful guide for practitioners, from beginners to adepts. Students and scholars will also value it as a primary source.

Save this product for later
Display prices in: USD